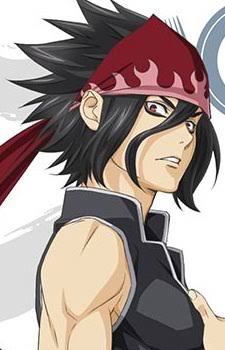 The coin flips. “It’s heads. Guess that means I’m the head chef and you’re my sus chef this time.”

The coin flips. “Tails. Ha! Looks like you have to face me in a Food War after all! And I’m gonna massacre you!”

This is how things usually went between you and Ryo Kurokiba ever since you met the first day of attending Totsuki. You ended up being fierce rivals against each other, always trying to one up the other. At first, the arguing was so bad that you couldn’t decide on a simple task together. Hence the Heads or Tails method Alice came up for you two. It surprisingly worked very well.

“I swear you two. Sometimes you both act like an old married couple.” Alice said, amusement clear in her voice as she watched the two of you cook from her perch on the counter.

You sputtered and you heard Ryo nearly drop his knife as you both looked at Alice with wide eyes. “We are nothing like a married couple!” You yell.

“Yea! I wouldn’t even want to kiss a girl like her!” Ryo spat back.

Your eyes widened and you ball your hands up in anger. Putting down your own cooking utensil you stomped right up to him and crossed your arms. “Excuse me? What could possibly be so wrong with kissing me? You know what? Don’t even answer me, I bet you wouldn’t even be man enough to kiss me!” You growled out, not fully realizing the weight of your words or the smirk on Alice’s face.

Ryo’s mouth curled up into a sneer. “Hah, I am so! I’m not some shy little wimp! And I bet you’d like it! In fact, I bet I could get you to say it was the best kiss you ever had!”

“Then Heads or Tails!”

“You heard me. Heads or Tails. Heads, you kiss me, and we see if you even have the chance of sweeping me off of my feet. Tails, I kiss you and I bet I’ll make you eat your words about kissing me would be horrible.”

“You know guys, either way, you end up kissing.” Alice points out but neither of you seem to hear her.

Next thing you know, Ryo lunges forward and captures you in a widely passionate embrace and his lips meet yours. You hated to admit it, but holy crap the guy could kiss. Your lips melded perfectly together, moving in what you could only describe as perfect harmony. You let out a small moan and Ryo smirks against your lips. He squeezes your hips ever so slightly making you let out a small gasp. He takes that advantage to slip his tongue in dominating every part of your mouth. So typical of him, always have to have the upper hand.

And then the need for air arises causing the two of you to part. “Told you so.” Ryo boasts. He then moves back to his station and starts cooking again as if nothing happened.

You on the other hand, still stand in the place you two were fighting just minutes before, completely dumbstruck. How did he? Why do I? You couldn’t even form a coherent thought! Finally, you regain your composure and turn back to your station as well trying to process all the feelings that just came to the surface.

Before you pick up your utensils though, you hear Ryo speak up. “By the way (Y/N), I’m taking you out on a date this Friday. No Heads or Tails. We’re going.” He said with a tone that had absolutely no room for argument.

You couldn’t help the small smile that appeared on your lips and the chuckle that escaped as well. “Alright. I look forward to it.”