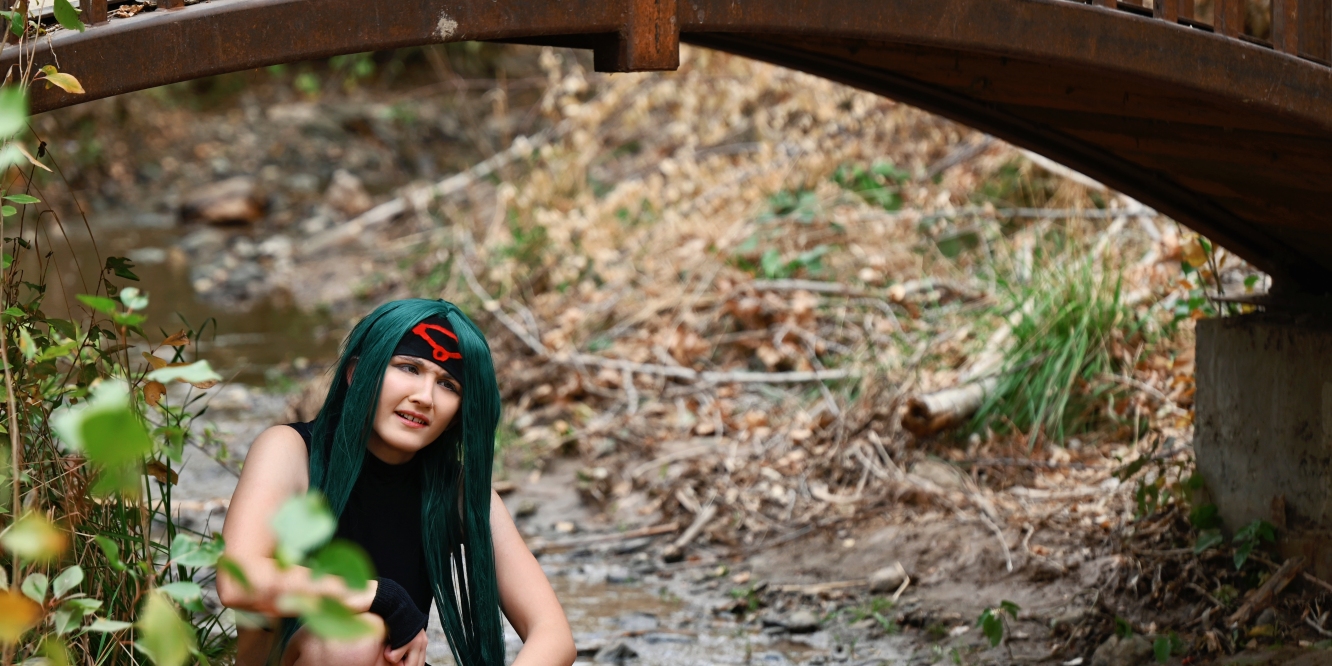 You stood in front of your front door as your shifted the grocery bags onto your left arm so you could find you keys. Usually, you’d get takeout or bribe Edward into getting the groceries for you if he were nearby. He usually made a huge stink about doing it, but it certainly gave Envy a laugh.

A smile stretches across your features as you think of the Homunculus. It’s been at least a full year since everything went down. For punishment, the government—thanks to Edward and surprisingly Roy, gave Envy the punishment of being under house arrest for a whole year instead of having to spend time in jail. And even more lucky for you, it happened to be your house that he was cooped up in.

At first it wasn’t easy dealing with him twenty-four-seven. You quickly came to realize that he was a complete drama queen with a penchant for using his shape shifting abilities to prank you. But he could be really charming and sweet when he wanted to be.

And that’s exactly why you went out to get groceries. Today was a very special day. It was the day that Envy’s house arrest finally ended so you wanted to surprise him with a homemade dinner and make him his favorite dessert—a strawberry sundae, to celebrate with him.

You finally got a hold of your keys and swung the door open. “Envy! I’m back!” You call out into a seemingly empty house. No response came back. You walk towards the kitchen and put the groceries down onto the counter. “I wonder where that palm-treed-lizard is? He could be sleeping; God knows he sleeps like a rock. But I hope that he isn’t trying to pull another prank on me.” You mutter.

As you start pulling the groceries out and start getting dinner ready, you feel long, lithe arms wrap around your waist pulling you into a strong chest. “Now, why oh why would I pull a prank on my sweet, little (y/n)?”

A chuckle passes your lips as you turn around in his grasp looking up at the gleaming, purple irises you’ve come to love. Yep, love. Although neither of you have said those three words—you were too nervous and could never spit it out when you wanted to, and you were pretty sure Envy wasn’t entirely sure how to say it either, it was clear that the both of you cared for each other deeply.

“Considering you are the one who shapeshifted into a cat of all things one time just because I wasn’t giving you enough attention and I’m a sucker for cats…I would say it’s entirely likely you would.”

He lets out a chuckle and puts his chin on top of your head. “Fair enough, I guess. So, why the groceries? Doesn’t Pipsqueak usually get us these?”

You giggle at his nickname for Edward. Oh, if he only heard him. “Well mister. These are for a special surprise I have for a certain homunculus tonight.”

A cocky smirk graces Envy’s lips and he cocks his head slightly. “Oh, a surprise for me? What ever have I done to warrant something like this?” He asks coyly.

Shaking your head, you kick his home arrest anklet. “It’s because in a couple of hours, thing comes off and you can finally step outside again! So, until then, shoo! I need you out of sight while I put together your surprise.” You say as you lightly shove him and wiggle out of his grasp.

Envy just shakes his head at you. “And if I don’t wanna?” He challenges.

You give him a smirk that rivals his own. The kind that he always loved seeing from you. Not many—or really not any humans could challenge him and stick to their ground as well as you. That’s one of the many reasons why he loved you.

Love? He loved you?

A look of realization mixed with confusion briefly flits across Envy’s face but before you could ask him about it he quickly replaces it with a smirk again. With a raise of his hands, he backs up a bit. “Fine, fine. You win. I’ll go into our room for a while and let you make this surprise or whatever.” Then he turned around and started up the stairs. As he did though, you could have sworn you heard him mutter something like “And figure out what this love feeling is while I’m at it.” You chose to pay it no mind for now though and started back on your work.

As you moved swiftly through each task your mind begins to wander. A habit of yours that tends to happen quite often. So often that it’s one of Envy’s favorite things to pick on. Ironically enough, it is that palm-treed-lizard that is occupying your thoughts. To think that it has only been a year and so many things have happened, so many memories. But, in just a few hours when Envy finally gets that anklet off and receives his freedom, would he leave you in the dust?

You shook your head. No, you shouldn’t think such thoughts he would never do that to you. The bond the both of you share is too strong. But still, the thought still lingers. Next thing you know you have everything prepared and plated. Which causes you to stop for a moment. ‘Geez, I must have been really deep in thought to go into auto pilot like this.’ You think.

“Envy, you can come down now! Everything is ready!” you call out to him. Looking over the table and the surrounding area you can’t help but smile. It was all of his favorite dishes, there was a vase of flowers he told you once that he didn’t hate, there were so many things in this small little area that reminded you of your time with him this year. You hoped he would find it just as special.

You hear the pad of his footsteps on the stairs and a small smirk graces your features as you hear a small gasp that escaped Envy’s lips even though he tried to hide it. “My, is the great Envy blushing?” you tease as you lean against a corner of the table you decorated with colors of green and (f/c).

Envy splutters slightly and then a look of conflict flickers across his face, but he quickly dispels it and closes the distance between the two of you quicker than you can say “The Truth”. “Me? Blushing? Ha, as if someone as perfect as me could—ok fine, you irritating human, quit giving me that look. I was blushing alright? You surprised me with all of this. A year ago, if you would have told me that I would be spending basically twenty-four-seven with a human and, heh, falling in love with them and not wanting to actually kill them I would have told you were nuts.”

You would have had a retort at his little remark but, you couldn’t get past the fact he actually said the words love you. You blink up at him and nearly falter in his grasp. “Envy, did you just say—”

He grins a cat-like grin and kisses you with a passion you never felt from him. Once you part, flushed and breathless you can only smile up at him. “Can I take that as a yes?”

Envy gives a chuckle and kisses the top of your head. “What do you think? Now, are we going to enjoy this little surprise you made or not?”

Giving a light chuckle you, both sit down and dig in. Through all of it you couldn’t keep your eyes off of Envy your fears dispelled. He loved you and you loved him. You two were meant to stand by each other since you met. Since the day you yelled at him to continue his life and live it with you. You and him, a homunculus and a human.