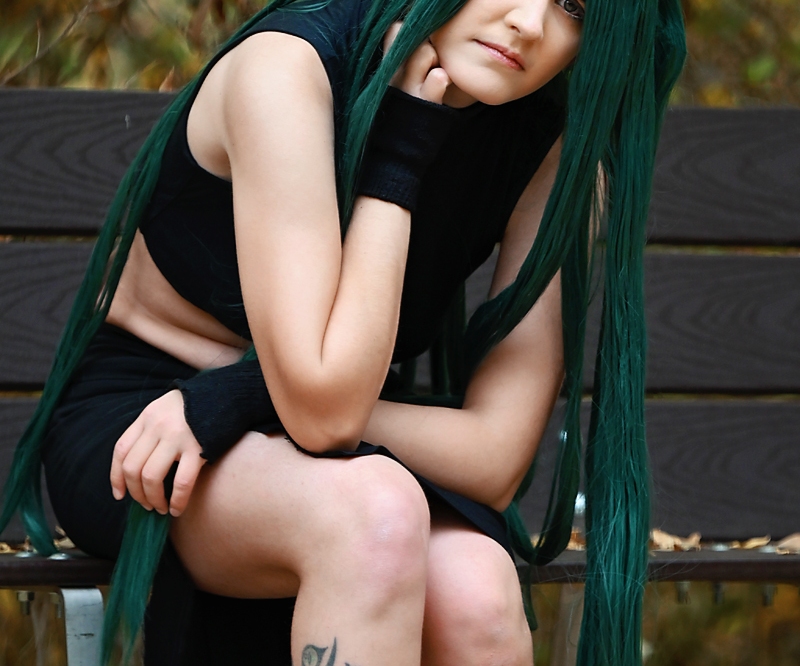 Hey everyone! Welcome to this week’s What The Bleep am I Doing?! This week I’m going to be talking about one crucial thing when it comes to doing a cosplay shoot. And that my friends is posing.

Posing is the thing that really brings your character to life in your photos. It shows them off and makes them pop off the page so to speak. Especially if the cosplayer embodies the character well.

What exactly do I mean with “Embody” the character?

When I say embody the character I mean when you pose as your character you give off the vibe so to speak of that character. For example with my cosplay of Envy from Fullmetal Alchemist Brotherhood. Envy is a malicious and conniving character with a cocky and snide way of doing things. So in order to make the character believable I had to think of how he would react in different situations. I had to study a few pictures of him and watch Brotherhood a few times–not that I was complaining, all in all I had to really take to studying this character so I know how to move and pose in a way that it made it look like people were really seeing the actual character in the picture and not just a cosplay. That’s what it means to embody the character.

Use what you have around you.

Another way to embody the character and make the posing more epic and seamless is to use your surroundings to your advantage. Depending on where you are depends on what you’re able to use. For example the objects you’d be able to use in a tulip field would be vastly different than in an underground parking lot in the city.

With using your surroundings, you can act like it was part of the world your character is from. A tree can become a mythical entrance to a fae filled forest. Or an old junkyard can be biochemical wasteland. It all depends on where you shoot at and what you can use.

Communicate with your photographer

This, my friends I can’t stress enough. Sure you can get good pictures and still have fun with doing your shoots solo–heck I do it all the time, but I can’t deny the fact that working with a Photographer professional or a friend works wonders for your pictures. And what I mean with communicating with them, I don’t mean have friendly conversations and schedule a hangout–granted this is perfectly fine you get more friends this way. But what I mean is talking with your photographer and getting their advice on what would be a good pose or where’s a good place to stand for the photo.

Having a good conversation with them while you’re doing a shoot will not only make the shoot more fun, but it turns into a sort of collaboration. For example, when I did my Envy from Fullmetal Alchemist shoot with Silver Fyre Studios, we were in this really pretty trail and I was unsure about how to pose and really get into the character. So we came across this really pretty bridge and we both thought of the scene where all of the main characters are fighting by the brick wall and then Gluttony goes and ruins everything. So thus, this picture was born!

It’s really something else when two artists of like minds come together and work on a project. It’s the same with photographers and cosplayers. That’s why communication is so important.

Well, that’s all on cosplay posing for now my friends! As I myself learn more I’ll definitely share more with you guys! I hope some of this advice helped!

2 Replies to “What the Bleep Am I Doing?! Rebel’s Guide to: Posing for Cosplay”