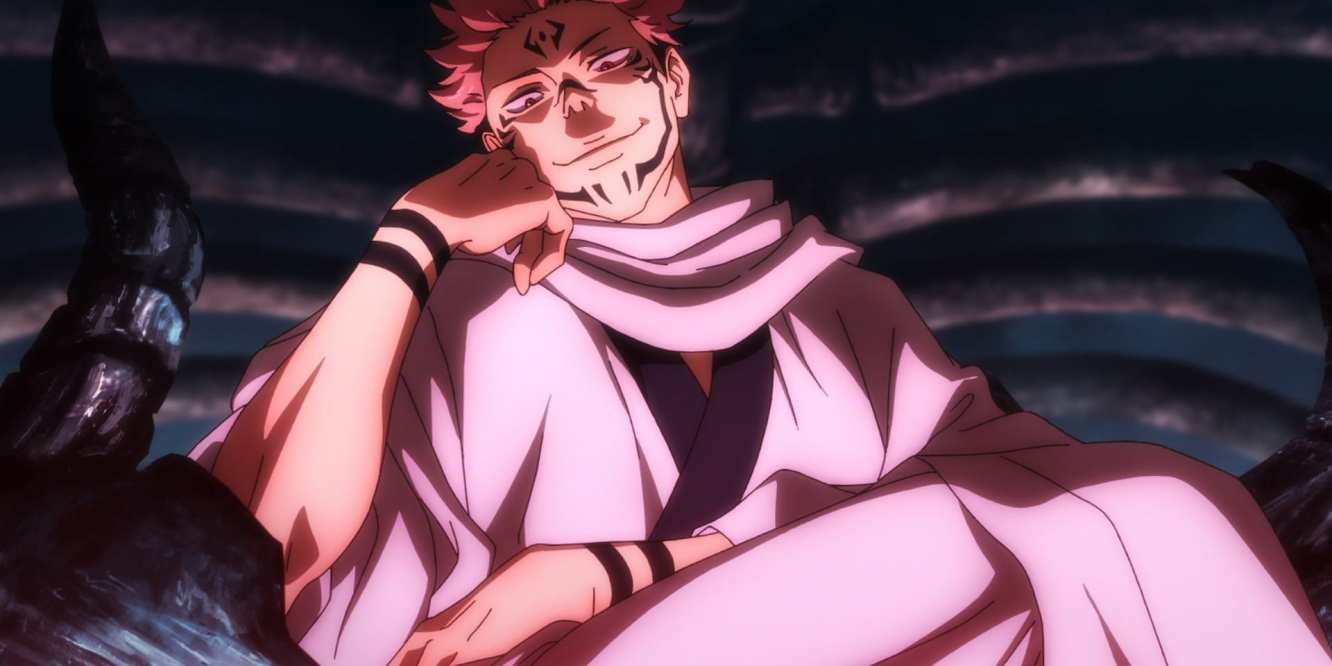 Hey guys, welcome to this week’s Rebellious Review! This week I’m going to be covering an anime I finally decided to give in and watch after seeing so much about it everywhere. And I must say, I thoroughly enjoyed it! Well, let’s get started, shall we?

Although they seem generally pretty simple, the graphics tell a really great story though. The way they have designed the curses especially well. They definitely look the part of being the terrifying enemy they are supposed to be. Something that I thought was really well done is the fight scenes. They really pull you in. Especially when you get to see the inside of the character’s domain for example Sukuna’s domain. It solidifies, even more, his personality when you get a good look at it—blood-like floor, skulls everywhere, and of course, a thrown made entirely out of skulls and bones with the King of Curses himself sitting on top of it looking bored. If that doesn’t scream his personality I don’t know what does. They do a very good job with the details and what I thought was pretty cute, was the fact that sometimes the expressions of the characters go into “chibi mode” a common animation tactic used in anime. I have always loved seeing that.

The wide variety of characters you get with this anime is very awesome. From characters, you absolutely love, to a few that you hate with a passion. And if a show succeeds in making you feel anything about the characters, it has done its job. Plus it has some very fangirl-worthy characters too.

Not to mention, as the story goes on you are given several instances where you can see several of the characters progress emotionally and physically. Character progression is always important to a good anime.

An emotional rollercoaster that has you on the edge of your seat practically every episode. Can’t really put it better than that. And something I quite liked that they did was it wasn’t drama and suspense all the time. They actually put some really light-hearted moments in there. Especially since they had not only a character that is the embodiment of sunshine, but they also have a Kakashi but just the eyes are covered. But his personality is severely like that goofy ninja.

Oh my goodness the opening songs and closing songs are amazing and not only that, but the voice acting is really good too! I have yet to watch the sub, but as far as I can say for the dub version, it’s really good.

All in all, this anime is probably one of my favorites now. And it’s pretty hard to get on that list. Since there is only one season so far I’m definitely gonna go looking for the manga so I can find out what happens next. At least until they have the next season which is hopefully soon.

Lastly, if you wanna support Rebel Fae and get exclusive access to things such as work in progress posts and stories I don’t post here or anywhere else, hop over to my Ko-fi page and donate. I’m eternally grateful for all that y’all do for me, you guys give me the strength to keep going so thank you from the bottom of my heart!