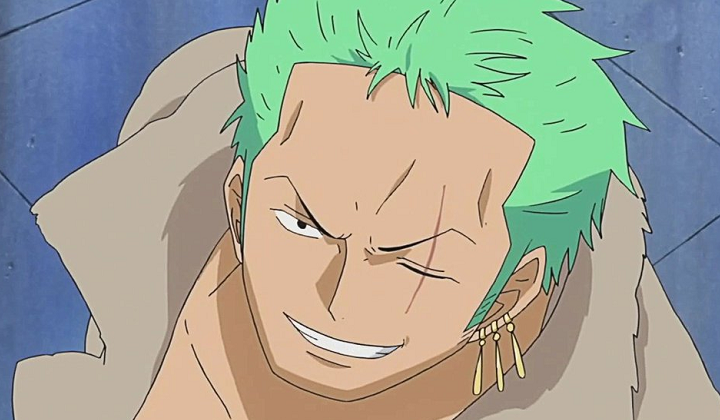 “YOU’RE A GIRL?!” Both Luffy and Ussop all but yell in your face.

You let out a sigh and look down at the binder that now rests at your feet. “Would you two morons be quiet! I don’t want the entire crew to know! You two, and Nami are the only ones who know now. Zoro, Chopper, and especially not Sanji knows of my true gender.”

“But why would you hide that from us. It makes no sense.” Luffy says bluntly.

You glance around the captain’s quarters quickly just to make sure there aren’t any signs of the other crew members trying to come in any time soon. “You guys have heard of the Warlord Trafalger Law yes? And his crew the Heart Pirates?”

They both nod and before Ussop can go on a tangent of how he once took all of them on at once you interrupt him. “Well, I’m actually a part of that crew. But I had a fight with the captain—Law, about not being good enough to fight on the main deck when we go into battle. He always wanted to protect me and keep me below deck. But I’m a helluva swordsman in my own right. So, I left them in the dead of night and I found you guys. I figured since you want to be King of the Pirates Cap’n, I’d cross paths again with my old crew and I would show him how wrong he was. And hopefully, he’ll finally understand that—that his adopted little sister can be just as fearsome.”

“That’s so cool!” Luffy exclaims. But then tilts his head to the side in confusion. “But why hide that you’re a girl from us?”

You look down at your feet and rub your neck bashfully. “I didn’t want you guys to perceive me the same way as Law did. As someone who can’t fight because she’s a girl and that I need to be constantly protected.”

Ussop just bursts out laughing and so does Luffy. “H-hey! This isn’t funny!”

Both of them finish their snickering and Luffy claps a hand on your shoulder. “(Y/N), there’s no way we would think that. You were the one who sent Buggy flying on the island right before we entered the Grand Line.”

“Well, in my defense he was not only going to kill you Cap’n but he annoyed the hell out of me too.” You grumble.

This just makes the two pirates laugh harder. “And your fighting skills have nothing to do with you being a girl. If anything, that’s what makes it so impressive.” Ussop says.

You let out a chuckle. “Never thought I hear that from you Ussop, but thanks.”

“You know, now that we know you’re a girl, why bother hiding it?” Luffy says.

You give him a ‘are you kidding me?’ look. Well, that’s my captain for ya. You think. “Luffy,” You start. “You do realize the kind of catastrophe that would break out if the other three found out, right? I mean, Chopper would probably take it just fine, but Sanji—yea we both know his reaction. And Zoro,” a sad look crosses your features. “I’d lose my sparring partner and quite possibly more if he found out.”

“If I found out what exactly?” A voice said from behind you.

As soon as you hear that deep voice behind you your whole body just freezes. Not even able to move a single muscle. “If you found out that (Y/N) was a girl,” Luffy says plainly.

Both you and Ussop give Luffy a shocked look. “Luffy! What the hell!” You yell at the straw-hatted boy.

You turn around slowly to see Zoro’s reaction hoping it won’t be as bad as your fear…and nothing. No reaction. Zip, zero, nada. Just a blank look on his face. You didn’t know whether to be relieved or frightened even more.

You take a few tentative steps towards him. “Zoro?” You ask softly.

After a few minutes more of the painful silence, Zoro lets out a sigh and turns on his heel. “I’m gonna go take a nap. If any of you need me, I’ll be up in the Crows Nest.” He then walks out of the room without another word.

“Well, aren’t ya gonna go after him?” Luffy asks.

You give Luffy a befuddled look. “Go after him? Why? You saw his reaction.”

“Yea, and he said he’ll be up at the Crows Nest. He wouldn’t have said where he was going if he didn’t want to talk with you (Y/N).”

You pause for a moment. “I guess your right. It couldn’t hurt, could it?”

Ussop lets out a chuckle. “Nah, besides this is Zoro we’re talking about. Not much phases him anyways.”

You let out a small giggle. “True enough. Well, thanks guys, I’ll go talk to him. If this works, thank you Luffy for telling him. But if this doesn’t, I will personally feed you to the nearest Sea King.”

Luffy just laughs. “You got it!”

You just shake your head in amusement at your captain. Then you turn on your heel and head for the Crows Nest where the fate of your relationship with your favorite swordsman awaits.

You step out of the captain’s quarters and onto the main deck. Letting out a sigh you prepare to head up to the Crows Nest before freezing in place. Your chest didn’t feel constricted as it usually did.

You left your binder back with Ussop and Luffy. That means it was clear as day that you were actually a girl. And everyone happened to be on the main deck. At the same time.

“Oh hey (Y/n), finally you’re done with talking to Luffy. I wanted to show you what I found in this book…” Robin trailed off as she saw how you really looked.

“Well, well, well. It looks like our little swordsman researcher is not what he excuse me, she seems.” Robin says with a smirk.

You chuckle and rub your neck bashfully. “Yea, sorry I kept it from ya. I well, I had my reasons.”

Robin merely shakes her head and pulls you into a hug. “You don’t have to worry about any judgment from me. Besides, I had a feeling something was amiss.”

A smile crosses your features. “Thanks, Robin I appreciate that. Now to deal with the rest of the crew.”

“Oi! (Y/n), are you done with talking to Luffy yet? You need to help out cleaning the deck since moss-head left it to me!” Sanji says gruffly as he makes his way over to you and Robin.

Speak of the devil and he appears.

You watch as Sanji stomps up to you and Robin, ready to give you one of his infamous rants since he still believes you’re a guy. That is until he comes to a stop in front of you both.

Wrapping your arms around yourself you can’t help but feel bare as Sanji gives you a stunned look and his eyes travel up and down. Unfortunately stopping for a moment at your chest.

“O-oh my…You know, never mind about cleaning the deck. I can get Ussop, Luffy, or even Zoro to help out. Beautiful (Y/n)-swan!”

Ugh. This is one of the things I was worried about. “Sanji, just treat me how you used to. Just cause you to know now that I’m a girl shouldn’t change anything. Please.” You plead.

Before you could answer, a familiar voice came up behind your group. “Leave her alone Sanji.”

Sanji just clicks his tongue and sends a glare Zoro’s way. “Get lost Moss-head. You didn’t even know that (Y/n)-Swan was this beautiful lady in the first place.”

Zoro comes to a stop right beside you so he’s facing both Robin and Sanji. “I may not have, but that doesn’t change how I see her in any way.”

You let out a small gasp and your eyes widen. “Z-Zoro?”

He turns to you with a small smirk on his face. “What? Do you think I would ditch my sparring partner just because she’s a girl? You don’t know me at all then.”

A smirk graces your features. You’re briefly reminded of what he told you about his past. “Thanks, Zoro. I just thought, since you turned and walked away without a word—”

“That I was mad? Nah, just taken aback a bit. I didn’t really see this coming. But no matter what. You’re you (Y/n), and I like you just the way you are.”

He is so cheesy sometimes and he doesn’t even realize it.

“Thank you, Zoro. I appreciate that more than you know.”