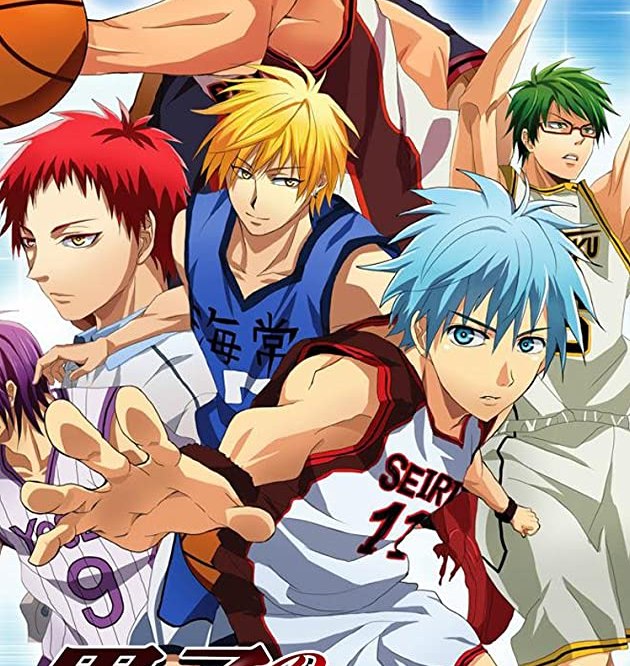 Hey everyone! Welcome to this week’s Rebellious Review! In honor of the third season of Kuroko no Basket coming out on Netflix this week I have decided to make a review of the second season of this anime. And oh goodness it is a doozy! Well, let’s get started, shall we?

In this season we still have our usual amazing team Seirin. From Hyuga, Izuki, Koga, Riko, to Kagami and Kuroko! But the cool thing is, in the second season we don’t get just our usual team members. We get to see more of the other Generation of Miracles. Especially a lot of character development for each of them. And last, Seirin gets a new/old player back on their team. The one and only Teppei Kyoshi—the founder of the Seirin basketball team.

Seeing each of the characters grow in the second season was really awesome. You get to really know the characters and what makes up their personality and why they are the way they are in basketball.

Can anyone say intense!? After the first season where Seirin gets defeated by Too, they come back stronger than ever. Of course, it all starts with Riko’s training camp on the beach. Kuroko and the others learn to perfect new techniques and Kagami gets stronger with his legs and the way to perfect his jumps. Then, when it comes with each game, all leading up to the Too game, and not to mention the game up against Yosen it’s completely intense. I couldn’t have asked for a better season.

For a sports anime, this one delivers a pretty good look for its viewers. Not only that, but the character design also itself is really well done. Something that popped out to me though, was the graphics of the different special moves some of the players of the various teams have. Especially when we get to see Kuroko’s famous Vanishing Drive or his passes in general. The animators do a very good job at portraying the speed and how sharp the direction of the ball is.

What did you guys think? Do you agree with my consensus or have other thoughts? I’d love to hear them! Or if you just want to geek out about how awesome the series is in general, I’d love to talk about it with ya!

Wanna support Rebel Fae and get exclusive access to things such as work in progress posts and stories I don’t post here or anywhere else? Hop over to my Ko-fi page and donate. I’m eternally grateful for all that y’all do for me, you guys give me the strength to keep going so thank you from the bottom of my heart!