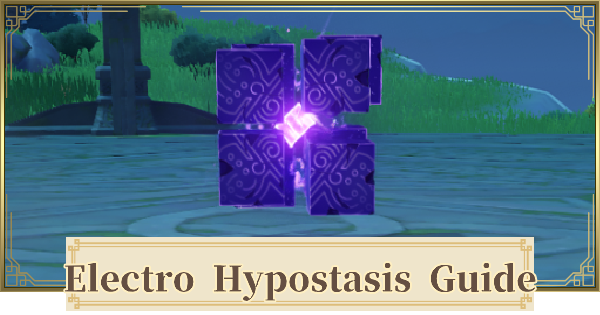 Hey everyone! Rebel Fae here. I’d like to introduce a new article series that I’m going to be doing every now and then. *Drum roll please* Rebel Fae’s Guide to Genshin! Yep, you heard right, I’m going to start giving articles on advice for the ever-popular game Genshin Impact.

Now you must be asking: Fae, why Genshin? You don’t write too many video game articles so why this? That’s a great question! It’s simply because I’ve been rather addicted to the game. It’s just so stunning and fun. But every time I hit a snag with a character or enemy and I go look for help, I don’t get the best advice. It’s always centered around having certain items and/or characters. The thing is, some of us don’t exactly have the best luck when it comes to the love of the Gatcha gods. So that’s where I come in! I’ll be giving tips on how to do things with a good workaround. Heck, there will probably be an article or two with tips for just making awesome builds for characters and using them to their best potential. But either way, I can’t wait to kick this off with y’all so let’s get started on the first topic!

This was a fight that took so much patience and had me literally changing my fighting style. See, I usually have the kind of fighting style that I like to call: Attack until dead. This…usually kills me several times first before I win, but it’s generally worked for me…Until the fight with the Electro HypoStasis.

Usually, you wouldn’t have to fight this intimidating Electric block, but unfortunately, if you want to ascend Lisa and complete the first Adventure Rank ascension, you’re going to need to defeat it and also collect what that thing drops. So off I went. Now the reason as to why I had to change my fighting style and have a lot of patience is because, when you fight the Electro HypoStasis, for the most part, it protects itself with the blocks that you see around it when you first come across it. This makes it damn difficult to land a single hit unless you are incredibly…you guessed it. Patient. So until you are able to find the time where the blocks disappear and you can rush in with a flurry of attacks there are a couple of things you have to be wary of to be able to get this opening.

I wasn’t able to pin down which character position incongruent with the boss’s position triggers which attack, but I can tell you how to deal with each of these attacks. Beforehand though, if you choose not to have a healer in your party like me, make a lot of healing food items prior. Also, get the fighting and defense dishes too. Those will help a lot.

Anyhoot! Back to these pesky attacks eh?

Then we have the attack where it heads to the center of the stage–so to speak. And it starts to rotate and shoot lasers. This attack can cause a lot of damage if you’re not careful. So a good way to keep the damage to a minimum is to keep as close to the laser in front of you and make sure to not get hit by the one behind you else wise it’s not the easiest to recover from. Ie. Getting hit again and again without being given a single chance to even stand up straight. It’s not that fun, trust me. I swore so many times during that attack. It could honestly be turned into a gif when you’re hit with that. Up and down until…oops. You’re dead.

Anyhoot! This next possible attack thankfully doesn’t do too much damage but you might want to make sure you are damn good at maneuvering your character because it feels like you’re playing freaking hopscotch. The Electro Hypostasis once again goes to the center of the stage but this time it takes all of its blocks and sends every last one in all directions on the floor. My advice is to simply maneuver as your life depends on it. Because it does. I tried jumping over them, but that only works so many times. The upside of this attack though is after it’s done, its core is wide open to hit since it takes a bit to start up again after that attack. So that’s a prime opportunity to completely wail on it.

Lastly, we have probably one of the most deadly attacks that it does. Thankfully it doesn’t do this often what happens is, the Hypostasis disappears for a split second and then the area you’re standing in is suddenly a field of electro energy. Every few seconds it will send down bolts of said electro energy and getting hit by this attack is a very fast way to die. A way you can sort of dodge it–and I do mean sort of because the space you’ll be in is very small, but you can by watching when the circles get bigger on the floor. That’ll let you know where and when it will hit. With that in mind, you just have to wait it out. You could try and destroy the electro spires that keep you in, but the number of hits it takes compared to how much damage you’ll take is not worth it. Just try to survive and wait it out. This is where the healing items come in by the way.

The final thing to take account of is a. The final blow to the Electro Hypostasis and b. The kind of elemental power you’ll want to have with you.

First. The final blow. I’m talking about this because it really threw me when I first fought this thing and it ended up killing me on my first try. So because I don’t want that to happen to y’all, here is what happens at the end. The Hypostasis closes upon itself right before those last final hits kill it. Then it releases four electro spires. You need to destroy these spires before the Hypostasis comes out of hiding else wise it’ll recover a quarter of its health. It took me two tries of getting it to this spot to destroy all four. Luckily, once you destroy one spire, it stays destroyed so it’s not impossible to kill. You just have to be fast about it so you don’t have to crack it down to low health levels again to trigger this mode.

And once you destroy the spires, voila! The Electro Hypostasis is dead.

Now! for the final helpful little know-how: What types would be best to bring into the fight? Note: I’m only gonna talk about element types and not the characters seeing that not everyone gets the same characters and also has the same opinion on which is best for that matter.

So, at the bare bones of it, I’d mainly bring in Pyro and Cryo. Pyro will give it the Overloaded effect causing a wicked amount of damage and Cryo will do pretty much the same. And if you are fighting the Hypostasis in the place by the Temple of time, it tends to rain so it’ll be easy to cause the freeze effect and really be able to wail on the boss then. I would add an Aero in there just for the Swirl effect.

Well, that’s that. That’s all I know about the boss fight, I hope some of my insight will be able to help all of you. If you guys have any questions feel free to ask! I’d be more than happy to help!

That’s all for now…